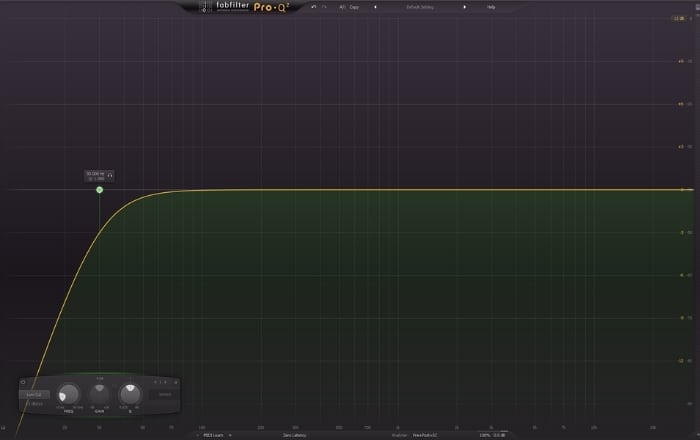 Bass roll-off is one of the most frequently used functions in audio production. It is utilized both in live and studio environments alike. Learning how this function works and how to judge the amount of bass roll-off is an essential skill to have as an audio engineer.

This article will show what bass roll-off is, how to best use it, and explain all the fancy terminology that might intimidate you in a simple, easy-to-understand manner.

Let’s dive right into it.

What Is Bass Roll-Off?

The term is essentially self-explanatory- by using it, you are removing a selected amount of bass from a signal or a device. It’s more commonly known as a high-pass or low-cut filter. The difference in terminology is largely based on the environment in which it’s being used.

Bass roll-off is usually used in hardware units designed for live sound productions. It’s commonly labeled that way on microphones or special devices designed for that purpose. ”High pass” or ”low cut” is often used in studio environments, and this terminology is most often used among studio mix engineers.

Where Can You Find The Bass Roll-Off Function?

This function is present both in the analog and digital world. It is most frequently found in EQs since it is one of the basic and most useful features. It can also be present on certain microphones as a “roll-off switch” or exist in the form of a dedicated box designed to remove low frequencies by a certain dB/octave parameter.

Many microphones have the option to change the built-in frequency response curve. A switch is usually found at the bottom of the microphone shaft and indicated by a symbol representing a frequency spectrum with the low frequencies bent downward.

For information about a specific cut-off frequency and dB/octave parameter, you’ll have to consult the microphone manual in question as they are often not shown on the device itself.

To fully master the use of this function across devices and environments, it’s important to know exactly what happens with your signal once you either engage the switch or use a low pass filter.

How Does Bass Roll Off Work?

We have already established that bass roll-off cuts a certain amount of low frequencies from your signal. If you’ve been in a situation to use it, you might have noticed that you have two options to choose from. One is the ”cut-off frequency,” and the other is dB/octave.

Cut-off frequency basically determines at which frequency the roll-off will stop. Most hardware units have options that go up to 200Hz, but in real-life applications, you usually place your cut-off frequency at 60 or 100Hz. This means that all the information above 60Hz or 100 Hz will remain intact while the range below will be removed by a certain amount.

You can choose the amount by which frequencies below the cut-off will be removed by setting different dB/octave values. The values can be 6,12,24,48 or 96 dB/octave. Since this parameter usually confuses many beginners, I’ll briefly explain it in the simplest way. There’s going to be some physics involved but bear with me.

By halving or doubling any note or tone, we get a space between those notes called an octave.

Now, dB/ octave basically means how many decibels all the octaves before the cut-off will be turned down. For example, If we choose the bass roll-off of 6dB/octave and set our cut-off frequency at 100Hz, the area at 50Hz will be 6dB quieter further down an octave at 25hz, we will have a 12dB quieter signal.

You can further accentuate this effect by switching to a higher dB/octave value. 6dB produces a very gentle roll-off, and the higher we go, the more we turn down the range below the cutoff and produce a more drastic bass roll-off up to 96dB/octave.

In most real-life situations, you don’t really need that much. 6 to 24 dB/octave is usually plenty. Values above 24dB are usually used for sound designing purposes as they can sound a bit unnatural. But more on that in a second.

How To Use Bass Roll-Off?

Bass roll-off can be used whenever you feel like a certain sound source that you want to record has too much bass. This most often includes sound sources such as a bass amp, kick drum, guitar amp, or keyboards. As a matter of fact, removing sub-harmonic low content is quite common practice these days regardless of the instrument.

Doing so creates a more controlled bass response on stage in live situations or a studio mix. However, there are moments where you want to be careful about using bass roll-off as it may do you more harm than good. As with most things, each audio engineer has their own take on this topic. I’ll give my two cents on it.

There is a golden rule I go by when it comes to judging whether or not to shave off the low end from a signal; If you do not have to use it at that moment, don’t use it. It may sound plain and obvious, but it can save you from a lot of trouble.

A situation where you are mixing live sound for a band is probably where you have to worry the least. All of the effects are reversible in a second, and most of the time, there is a need for it, especially in closed spaces where the low end can get out of control pretty fast! With recording, however, things get a little complicated.

If you are working on a studio session, it’s wise to leave every signal untouched and trust the mix engineer to make the right decisions in the mixing stage. But if the recording is streamed live (which is becoming increasingly popular in these times) and you have to judge the situation on the fly, you need to make sure you don’t overdo it as it can irreversibly ruin a sound. You can’t make up for something which hasn’t been recorded at all.

To be on the safe side, use a gentle 6dB/octave slope. Unless you are working with the artist that prominently features sub drops and interesting low-end tricks, setting your cutoff frequency at 40Hz probably isn’t going to be an issue. From there, you can decide if you need more control and set the cutoff even further up the spectrum. It’s not uncommon to high-pass even up to 80Hz on a bass guitar amplifier.

To judge situations like that with confidence, you need a lot of experience gained from countless hours and numerous sessions. Training your ears to hear subtle differences in the low end takes years, so take your time and enjoy the process.

Although numbers don’t mean much in audio production, they can be a good starting point for people with less experience.

Here Are Some Useful Tips For The Most Common Signals:

Bass Amplifier– In live situations, low-end from the bass amp can sound really unbalanced, especially if you are doing a club gig. Venues are usually not acoustically treated, and bass frequencies can get overwhelming at louder volumes.

Try setting your bass roll-off at 60Hz and listen carefully if the low end gets clearer. In smaller venues, it’s not uncommon to set it even at 100Hz.

I recommend getting a great tone from the amp in a studio and recording it as it is. A mix engineer will usually clear some sub-bass with a gentle high-pass filter.

Bass Drum – Usually, there is no need to high pass anything above 30Hz. Getting rid of the sub-harmonic rumble at that range can tighten up the kick a little bit. The kick doesn’t require an aggressive roll-off as the low-end doesn’t bloom over the music for too long.

Getting a big and explosive burst of low frequencies is even desirable. If the bloom seems too long, it’s better to gate it.

Guitar Amp– In most situations, it’s desirable to remove the lowest couple of octaves from guitar amps. You won’t be facing problems with a low cut at 60hz or so. It can free up some headroom and make space for the bass and kick.

Vocals And Speech- Bass roll-off can be handy for singers who use an in-ear monitoring system. Removing all the content below 80Hz can help them be more in tune. It’s also useful to counter the proximity effect.

What Is the Proximity Effect?

The proximity effect is an audio phenomenon where the closer you get to a mic, the more bass you get. So, when singers put the microphone really close to their mouth (which they naturally do when singing), you will have to deal with a lot of bass, which might not be useful in a live situation. However, in podcasts and radio interviews, this effect is used to achieve that soothing and full-sounding speech voice.

In such situations, you want to preserve the bassy and intimate sound, but a gentle high pass at around 50Hz can help if it gets too muddy.

Do you recommend using the bass roll-off for recording vocals?

It’s a tough question as it’s highly dependant on the situation. I’d say it couldn’t hurt to use a gentle slope of 6dB/octave and don’t go crazy with the cut-off. If the bass becomes a problem when recording a rich and powerful vocalist, having the singer 20cm away from the microphone could potentially solve your problem without reaching for filters.

What’s the main difference between live and studio work, when it comes to using bass roll-off?

In the studio, you have to be more careful as every little move can become very noticeable in the final product. Live situations benefit from working with broad strokes and getting the job done fast. All the changes are reversible and only take a couple of seconds.

How can a bass roll-off ruin a sound?

If you take too much low-frequency content out of a sound source that relies heavily on it (like a bass guitar), you can take away the essential component of that instrument. It will sound too thin, and if you record with the lowcut engaged, there is no going back.
Adding low-end through an EQ won’t produce the desired result, so you’ll be stuck with something unusable and really hard to fix.

Should you high-pass everything?

That one always sparks arguments on audio forums! I’d say that many people take it too far and remove all the low information from every track. I try to use my ears and take out only the things that could become potential trouble-makers.

Is it safe to high-pass an entire mix?

Sure, but you would have to be very careful with it, as a tiny move can make or break your mix. High-passing all the ”side” information up to 150Hz is routinely done to force the mix’s central parts to mono. Cutting at 20-30Hz can be useful sometimes if you are going for a loud mix and need every inch of headroom available.

By now, you should have a good understanding of what bass roll-off is and how to apply it to your mixes.

Any music producer’s goal is to create an enjoyable listening experience that will keep listeners coming back for more. Keeping those low ends in check should achieve a nicer balance of frequencies and a better-sounding mix. 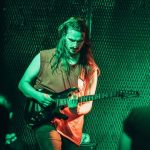 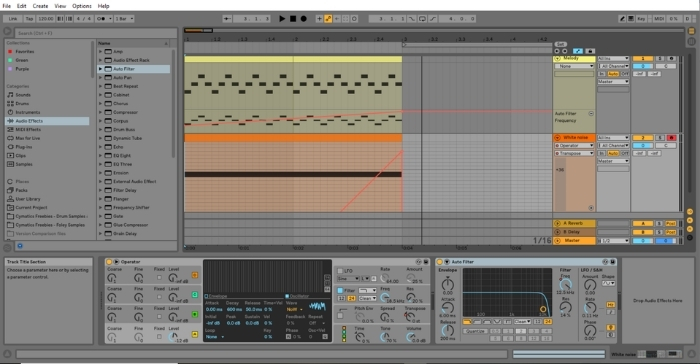 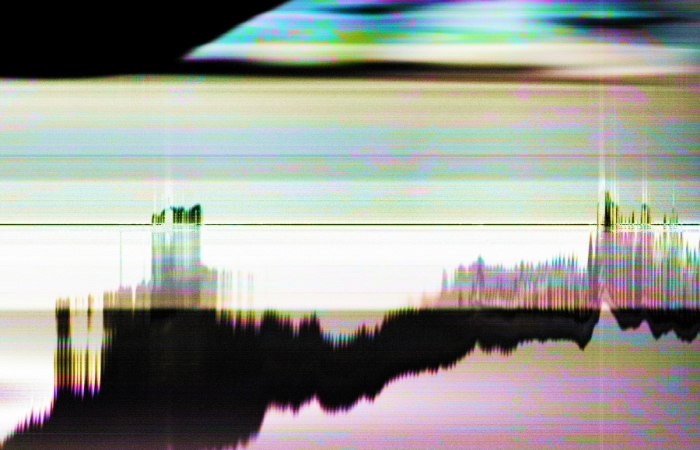 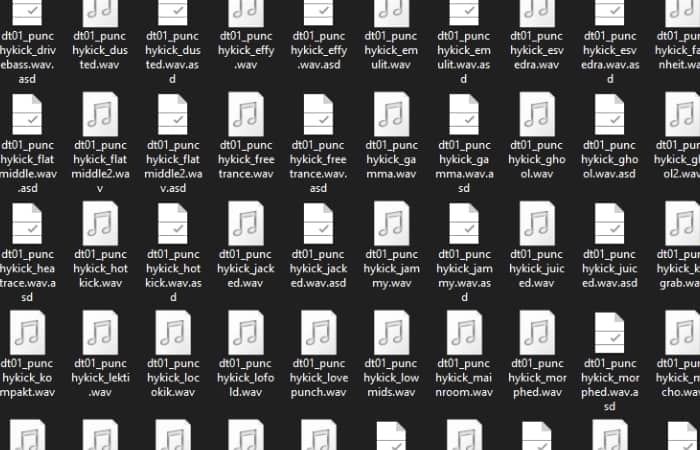 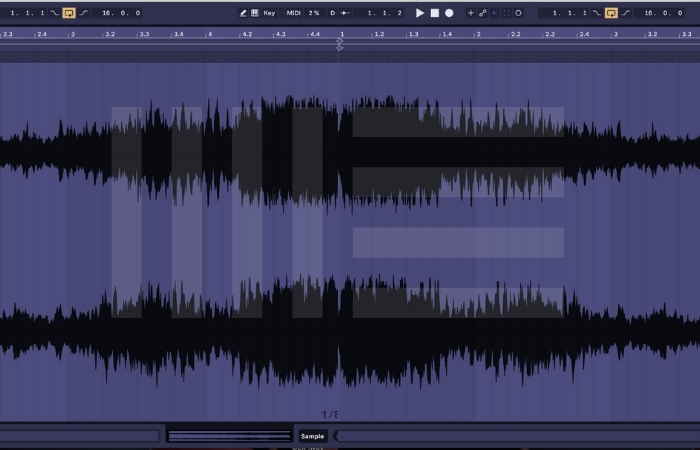 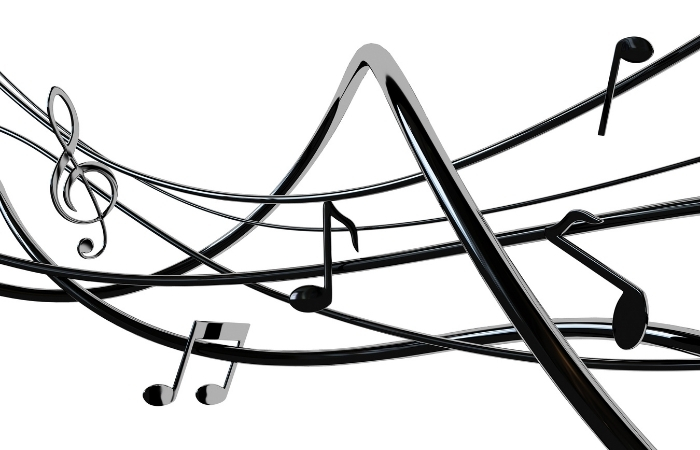 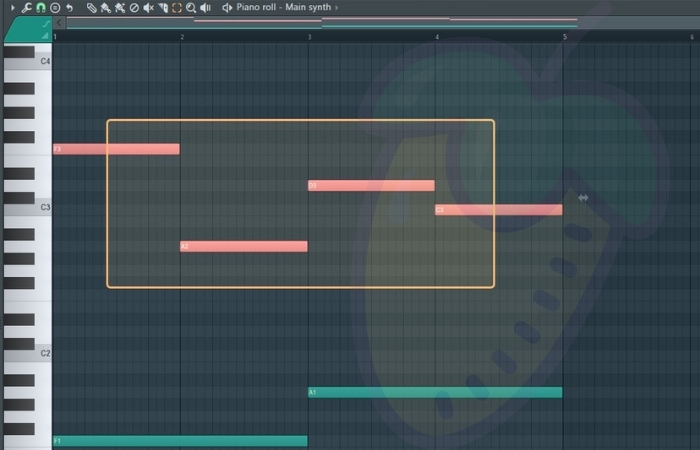